MASTER
Home
About
Get There
Tickets

Ben Arnold and some of his best musical friends.  With Katie Barbato andSpecial guest appearances by Richard Bush of Peace Creeps & The A's,  Brian Kors and more!

Benefit concert for Kelly Music for Life and Play It Forward Philly.

Ben Arnold is a songwriter, musician, performer and producer, he remains longtime fixture on the Philadelphia musical landscape. He has toured regularly throughout the country as well as Europe for the better part of the last 25 years. Originally signed to Columbia Records in the 90's, Ben has since released countless label supported and independent records over the decades. Always down for the challenge of re-invention and experimentation, you will see him constantly visiting far-flung points on the musical map. He has, for years been involved in collaborative projects such as 4 Way Street (Sanctuary/BMG), US Rails (Blue Rose/Europe), the Los Angeles based indie rock band Pistol For Ringo as well as David Uosikinnen's In The Pocket: Essential Songs Of Philadelphia

His constant output of new material is a testament to the continual growth of his creative muscles as well as a product of the many worlds in which Ben Arnold operates. His most recent releases "Lost Keys” and “Sunday Morning Meltdown” explore the feel, culture and politics of American music of the 60s-70s thru the lens of the questions of the here and now.

With a crusty, curmudgeonly, but loving take on the world around, Ben Arnold continues to reveal more of himself with every record and live performance. Always a different day, another mood and another view on the human condition. This is not an artist who has simply paid his dues. Ben Arnold is compelled to doing what he does, and does so with one of the most unique, if little known voices in music today.

If you don't care for the reckless madness of late night New Year's Eve parties, this is for you!  Ben Arnold's acoustic New Year will include performances by a variety of Philadelphia's finest artists.  A great night out to say goodbye to another decade and welcome 2020.  BYOB.  You can be home in time to watch the ball drop in the comfort of your own bed.

This event is a fundraiser to benefit several movements started and supported by our dear friend Adrian Hickman who we lost to cancer in 2019.  Adrian worked tirelessly to build Kelly Music for Life and the NEW Kelly Center.  Adrian was also a huge supporter of the Philly music scene and launched Play It Forward Philly with hope that more would support our artists.  Adrian benefited from the support of For Pete's Sake and a portion of the proceeds from this event will go to the Vacation Respite Fund.

Katie Barbato brings great talent and a generous heart to bear on her 2018 release “Art of Falling” and 2019 release “Long Night Moon”.  Musically, The Art of Falling is by no means dark, however, the production by multi-instrumentalist Brett Kull (Grey Eye Glances, Echolyn) feels warm, hopeful and openhearted, brightened by Barbato’s sweet and expressive voice, as a singer and as a writer. Katie is a two-time finalist in the International Songwriting Competition. She has performed at the Philadelphia Folk Festival, and she is a regularly featured artist on WXPN, the University of Pennsylvania’s public radio station. In addition to releasing her own music, Barbato composes music for TV and film, such as the theme she wrote for the movie Sugar, starring Shenae Grimes and Marshall Allman. Her song “Magical Ending” was recently featured in the Netflix drama “Yankee”. Katie’s new album “Long Night Moon” was released on October 11, 2019. 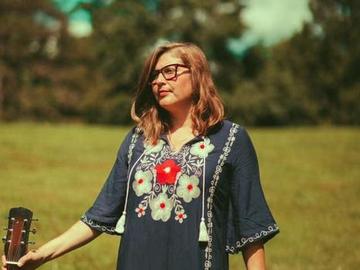