$15 advance.  $19 at the door. 2019 New England Music Awards - "Female Performer of the Year"  Boston Music Awards "Blues Artist of the Year" nominee 2018 and 2019.  Danielle Miraglia comes armed with a strong steady thumb on an old Gibson, an infectious stomp-box rhythm and harmonica with tunes ranging from heart-felt to socially conscious that will move both your heart and hips.

Danielle Miraglia comes armed with a strong steady thumb on an old Gibson, an infectious stomp-box rhythm and harmonica with tunes ranging from heart-felt to socially conscious that will move both your heart and hips. Her latest "All My Heroes Are Ghosts," released with her band Danielle M and The Glory Junkies  touches on a lot of what might be on your mind these days – the loss of so many musical heroes on the title track, the chaos of “fake news” on “Monster,” our collective anxieties on “All On Fire,” and more..   The music itself blends influences of some of Miraglia’s own musical heroes - The Rolling Stones, Prince, Janis Joplin along with Danielle's lyrical ability to explore human nature at its best and worst.   Danielle M and The Glory Junkies are nominated for a 2018 Boston Music Award for "Blues Artist of the Year" and Danielle was nominated for a 2015 Boston Music Award for Singer-Songwriter of the Year.

"Straddling the line where folk/roots meets rock/blues, Miraglia has a voice that can go from a raspy come-hither purr to an Etta James-esque powerhouse belt, although she may be best known for her lead thumb — a heavy, thumping strike on her Gibson that’s backdrop percussion in itself." - Lauren Daley - The Boston Globe

Katie Barbato brings great talent and a generous heart to bear on her 2018 release “Art of Falling” and 2019 upcoming release “Long Night Moon”.  Musically, The Art of Falling is by no means dark, however, the production by multi-instrumentalist Brett Kull (Grey Eye Glances, Echolyn) feels warm, hopeful and openhearted, brightened by Barbato’s sweet and expressive voice, as a singer and as a writer. Katie is a two-time finalist in the International Songwriting Competition. She has performed at the Philadelphia Folk Festival, and she is a regularly featured artist on WXPN, the University of Pennsylvania’s public radio station. In addition to releasing her own music, Barbato composes music for TV and film, such as the theme she wrote for the movie Sugar, starring Shenae Grimes and Marshall Allman. Her song “Magical Ending” was recently featured in the Netflix drama “Yankee”. Katie’s new album “Long Night Moon” will be released on October 11, 2019. 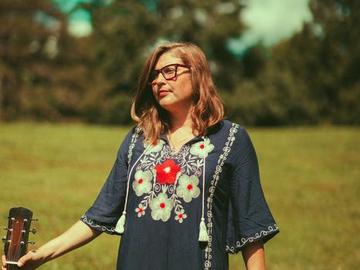