$8 advance.  $10 door.  Celebrate Women's History Month and the 100th anniversary of Women's right to vote.  This event is a fundraiser for the Kelly Center and produced in cooperation with the Domestic Abuse Project of Delaware County.

BYOB optional.  $5 additional BYOB fee per alcohol drinker at the door.  Must be 21+ to bring alcohol.  Drinkware and ice provided.  Proceeds benefit Kelly Center for Music, Arts and Community.

Kathy Quinn is a multi-faceted performer and a Delaware County native. She first started playing the guitar as a young adult and was very fortunate to have had many talented mentors along the way. She is a 70’s girl with a passion for folk and roots music. Her early influences from that stellar musical decade include everyone from the Grateful Dead to Bruce Springsteen. Some of her favorite songwriters: Neil Young, Bob Dylan, Hunter-Garcia, Gillian Welch, Richard Thompson, Joni Mitchell, Jackson Browne. Kathy’s original songs span a range of styles and sentiments, everything from child-like whimsy to brooding ruminations. She gets a kick out of throwing in the random golden oldie, too. Kathy is an all-around entertainer who engages audiences with her natural wit, not to mention the occasional pithy observation. In addition to playing music, Kathy practices the art of improv comedy with “Stealth Tightrope” at Spotlight Theatre in Swarthmore, PA. She has also acted in and directed numerous local theater productions; she has written several short plays that have delighted local audiences. She sings classics from the American songbook for area seniors. At the Philadelphia Folk Festival Kathy hangs out under “The Dome” just up the road from the Camp Stage, and backstage she serves on the Archives Crew. When she is not playing her guitar, Kathy works in the field of adult literacy. Favorite lyric of all time: “If I knew the way, I would take you home.”  https://songtr.ee/artist/1333333/Kathy-Quinn

Amanda Penecale  is a vibrant songwriter who has dug deep into the well of storytelling history as she's moved around the country to craft her particular blend of folk and country music. Her sound is built upon pure and honest vocals accompanied by acoustic guitar, ukulele, and harmonica. You can hear her love of bluegrass and country sneaking in as she sings of her experiences and collected stories. Born into a family who loves to turn up country radio, and growing up in the Philly area music scene, she started on classical piano as a child and transitioned to guitar in her teens. She graduated from the Rhode Island School of Design where she majored in Illustration and also pursued music and creative writing at Brown.

Amanda has independently released several solo projects since 2009 and has been fortunate to be able to share in the joy of song through spending time co-writing, attending jams, and opening for artists she admires. Her Nashville band, The Lost Sleep, released an EP in 2014 titled Fools Gold, and they continue to write music together. Amanda has found herself equally at home performing, writing, and as an illustrator and art teacher. She lives in Ottsville PA on a small organic farm where she enjoys spending time with her dog and family.   http://www.amandapenecale.com/

Julieann Ott has been performing in and around Philly, the northwest suburbs, and beyond, working on her craft and finding her voice. She describes her style as rootsy pop, with a sincerity that honors her varied influences who include Patty Griffin, Aimee Mann, Suzanne Vega, and Sheryl Crow. She creates vivid imagery in her song-stories that evoke introspective singer-songwriter/ folk/ Americana that take unexpected melodic turns that hook you in. Her voice is sweet and nuanced one minute, a punch to the gut the next. She will be accompanied by New Jersey's own Rob Lincoln on violin.

Heidi Wolfson (ft. Art Cohen) is the guitarist and songwriter for the Philadelphia-based band CubiZm. With bandmates Steve Lessick and Art Cohen, she has been playing in Pennsylvania and New Jersey listening venues, such as The Living Room, The Tin Angel and University of Pennsylvania's Rotunda, since 1996. Heidi’s songs are thought-provoking and literate, and she delivers them with intensity.  Art Cohen is known widely in international space-music circles; he adds texture and edge which gives the group its Cubist feel. From a whisper to a roar, their music is always compelling.

CubiZm has recently released their third CD, Grays in the Rain. It is available on itunes, Apple Music, CD-Baby and Amazon. 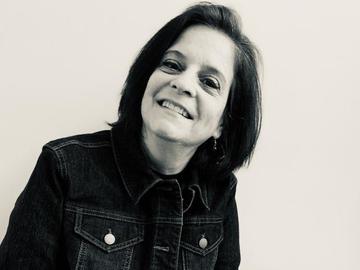