Munier Orchestra History
For more than six decades, the Munier Mandolin & Guitar Orchestra has promoted classical mandolin music throughout Greater Philadelphia.  Established in 1957, when two smaller ensembles united under the baton of Dr. Joseph Tiracchia, the orchestra has a direct link with the Golden Age of Italian classical mandolin. As a young child in Italy, Tiracchia studied mandolin with the ensemble’s namesake, Carlo Munier, one of the foremost mandolin virtuosos and composers of the day (along with Raffaele
Calace).  From 1957-1990, the Munier Orchestra flourished under the leadership of Tiracchia. The orchestra produced three LP recordings featuring a diverse musical selection, ranging from the virtuosic compositions of Munier and Calace to traditional Italian favorites. As one of the foremost regional
ambassadors of the Italian-American cultural tradition, the orchestra maintained a high profile, particularly in South Philadelphia. In 1976, Munier played a role in the nation&#39;s Bicentennial Celebration, performing in concert with the Philadelphia Orchestra to celebrate the city's musical heritage.
Munier Orchestra Today
While the present-day Munier orchestra continues to reflect its ethnic Italian origins, the ensemble’s repertoire has expanded to include a wide range of musical genres: from traditional Celtic to Brazilian choro, from Bluegrass to Broadway, from Argentinian tango to American jazz.  Under the leadership of current musical director Mark Linkins, Munier has participated in a wide range of collaborations with Philadelphia-based ensembles and solo artists. On several occasions, the orchestra has performed Vivaldi’s masterwork “The Gloria” with regional choruses.  Mandolin/domra virtuosi Ekaterina Skliar and Alexey Alexandrov - Siberian ex-pats currently based in Philadelphia - appear as frequent guest artists
with Munier.  The orchestra has twice hosted the annual convention of the Classical Mandolin Society of America (2004 and 2016).

Ekaterina Skliar   Domrist, Mandolinist, and 2019 Astral National Auditions Winner, Ekaterina Skliar made her debut at age 11 with the Russian Folk Instrument Orchestra of the Buryatia Republic. Since then she has been performing throughout the United States, Europe, and Russia giving solo recitals and collaborating with various chamber groups and orchestras.

Ekaterina started her music education with Vera Lashkina, Merited Worker of Culture of the Russian Federation and a highly-acclaimed domra teacher, in her home city Abakan, Republic of Khakassia. At the age of 15, Ekaterina moved to Novosibirsk where she studied at the Novosibirsk Specialized Music School (college), which is one of the two most prestigious schools of music for protégés in Russia (the second one is in Moscow). She received her Bachelor’s degree with Honors in Music Performance from M. Glinka Novosibirsk State Conservatory playing domra and mandolin under Professor Andrey Kugaevsky.

Ekaterina has concertized throughout the United States and Russia giving solo recitals and performing with symphony and Russian folk instrument orchestras, and chamber ensembles. She has appeared in such concert halls as Academy of Music of Kimmel Center of Performing Arts, A. Katz State Concert Hall, Novosibirsk Philharmonic Hall, Big Academic Concert Hall of Krasnoyarsk State Academy of Music and Theatre, and numerous concert stages in the United States and Russia. Her large repertoire includes transcriptions of classical music, original works for domra and mandolin, contemporary and folk music.

Ekaterina is a prizewinner of national, international and all-Russian competitions. In 2020 and 2019 Ekaterina was awarded a Silver Medal Global Music Award for her domra and mandolin recordings. In 2018, she was one of three winners in the Kaleidoscope Instrumental and Vocal Competition, chosen from more than 2,000 international applicants, after which she was invited to perform with the conductorless, collective Kaleidoscope Chamber Orchestra in Los Angeles.  Ekaterina photo, credit Alexey Alexandrov.

Mike Fox is a student of Mandolin tradition. Most people don’t think of the mandolin as a jazz instrument. But jazz mandolin has a small but dedicated community, pioneered by Dave Appolon, Jethro Burns, and Tiny Moore and carried on today by Don Stiernberg, Will Patton, Paul Glasse, and others. Mike Fox will lead a small combo, playing a few jazz standards. We hope you hip cats dig what we’re puttin’ down!

Alfred Poor has been playing mandolin for decades. He performed with the Willow Creek bluegrass band throughout the Lehigh Valley, and before that played with the bands Northbranch and Faith and Practice. He has performed on stage at Musikfest in Bethlehem and the Appalachian Fiddle & Bluegrass Association’s Wind Gap bluegrass festivals, among other local music venues. He is the founder and host of the Kelly Center Bluegrass Jam (1st and 3rd Tuesday of each month), and recently taught a Bluegrass Jam class for the Main Line School Night program.

Alfred Poor has been playing mandolin for decades. He performed with the Willow Creek bluegrass band throughout the Lehigh Valley, and before that played with the bands Northbranch and Faith and Practice. He has performed on stage at Musikfest in Bethlehem and the Appalachian Fiddle & Bluegrass Association’s Wind Gap bluegrass festivals, among other local music venues. He is the founder and host of the Kelly Center Bluegrass Jam (1st and 3rd Tuesday of each month), and recently taught a Bluegrass Jam class for the Main Line School Night program.

BYOB is welcome for an additional $5 donation per drinker.   Must be 21 to consume alcohol. Disposable cups provided.

The Kelly Center is operated by Kelly Music for Life, Inc., a non-profit 501c3 pure public charity that supports Music Education, the Arts, and other community initiatives.  For more information visit https://kellycenter.org

For all events, we are focusing on SAFETY.  We have improved air filtration inside the Kelly Center for the safety of Customers, Staff and Performers.  We have upgraded to Hospital Grade HEPA air filtration, Negative Air Ion filters and Apple Catechin filters with antiviral and antibacterial properties.  These upgrades trap and deactivate microscopic bacteria and viruses, and can diminish or prevent the spread of diseases. Our HVAC draws in fresh air from outside, completely turning the inside air over every 5 minutes. We open the windows when appropriate to improve fresh air flow. 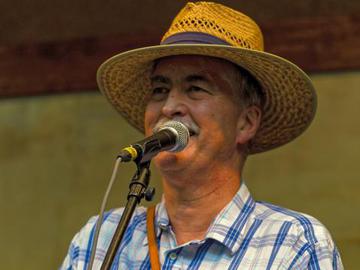